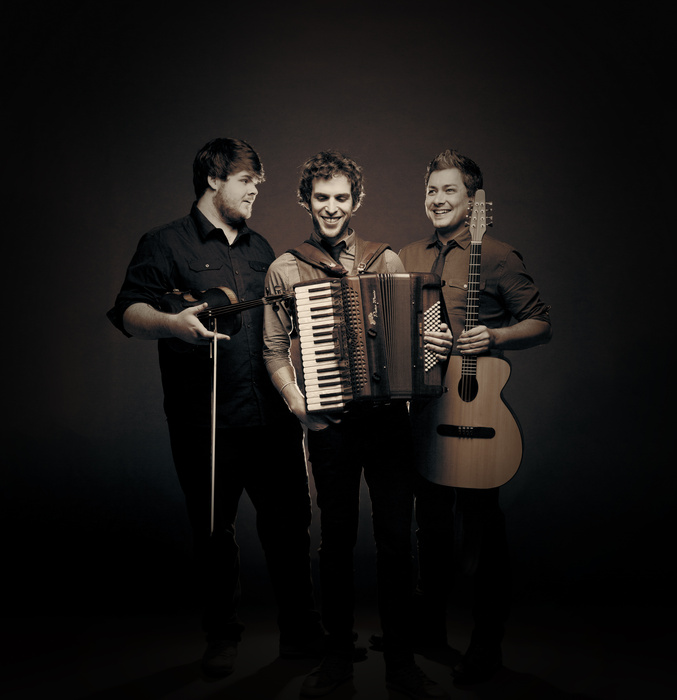 With bold but sensitive arrangements, the trio presents a fresh take on traditional and contemporary Manx music. While sharing common ground with its Celtic cousins, as well as the English tradition, Manx music has retained its own particular and inherent Manxness: an atmosphere evoked by the music that speaks of the natural beauty of the island and the lives of its inhabitants.

Since forming in 2012, Barrule’s three legs have hit the ground running with major festival appearances and recently appeared at the Celtic World Showcase at Milwaukee Irish Fest

The Performing Group from the Academy of Irish Music will open the concert.

Tickets are not available as this event has passed.